Lung cancer, as the name suggests, is the cancer type that starts in the lungs. The primary purpose of the lungs is to take the oxygen in while inhaling and take out the carbon dioxide. Not only in the United States but lung cancer is the leading cause of deaths all around the world. Also, death ratios from lung cancer are more than those from prostrate, breast and colon cancer combined.

The common knowledge that smoking cigarettes causes lung cancer is true. However, it does not leave behind those who do not smoke. Moreover, more you smoke, greater the risk of you being getting diagnosed with lung cancer. Leaving smoking at any point in life reduces your chances of catching lung cancer.

As far as the cigarettes are involved, doctors and researchers believe that the cells within the lungs are damaged with smoking. Also, there are a lot of cancer causing substances in the cigarettes such as nicotine, tar and carcinogens.[i] All of these factors give rise to changes in the lung tissue. What happens is that at first our body is capable to do a bit of damage repair but continuous smoking destroys the cells around the lungs. Finally the cells start to react irrationally and cancer develops.

Besides smoking and passive smoking, radon gas is another big cause of lung cancer. It is found in the air as a result of natural breakdown of uranium in soil and rock. Also, exposure to substances such as asbestos, arsenic and chromium etc. significantly increase the risk of lung cancer.

Lung cancer symptoms do not start to show at the early stages. These signs and symptoms show at a later stage when the cancer has grown. Cough that would just not stop is a known symptom of lung cancer. Seasonal cough or the one associated with cold is cured within a week or two, with medications. If you are having a cough like that, whether dry or with mucus, it is recommended to visit a doctor.

Sometimes, blood comes with cough or there is a weird type of mucus that comes with cough. If you experience anything like that, make sure to visit the doctor as soon as possible. [ii]Other signs and symptoms of lung cancer include breath shortness and pain in the chest or back.

The diagnosis of lung cancer include an annual lung cancer screening with the help of CT scans. Generally, these are meant for people over the age of 55 who have smoked for years. Besides that, the doctors may stick to X-rays and in some cases tissue samples. In severe cases, the doctors may recommend positron emission tomography (PET), MRI and even bone scans to fully diagnose lung cancer in patients. [iii]

The best cancer treatment plan is decided based on several factors. To put it very simply, this depends on the overall health of the patient, stage of the diagnosed cancer and the preferences of the patient. The first in line is surgery, which is only useful if the cancer is detected and diagnosed at an early stage. Even if the cancer is successfully removed, the patient is expected to live at least 5 to 10 years.

It is not only the stage and severity of the cancer but the overall health of the patient that determines if surgery is a viable option. This is because most of the diagnosed lung cancer patients are smokers with lung or heart problems, so the surgery becomes very difficult.

After the surgery, the doctors may recommend LCR, in order to remove the remaining cancer cells. However, it is not performed for at least a month, to give the surgery wound some time to heal. Some cancer types including small non-small lung cancer are preferably treated with radiation, in addition with chemotherapy.

Small-lung cancer is most often treated with chemotherapy, because it has the capability to spread throughout. Chemotherapy involves the usage of several high potency drugs, in addition to radiation therapy. Surgery may be used by the doctor, but it is only a good option if this is the early stage of cancer. Chemotherapy is usually given to those cancer patients whose cancer have spread to distant parts. [iv]Since such cancer is extremely difficult to cure, the main objective of chemotherapy in those cases is to provide comfort to the patient and prolong their life.

Nowadays, palliative care is being given to advance level cancer patients. This is the kind of treatment that is given to only lessen the pain, provide relief and other symptoms. However, the cancer is also being treated at the same time. Interestingly, this kind of treatment has been effective in providing comfort and actually curing cancer if given in combination with chemotherapy.

Radiotherapy, also known as stereotactic body radiotherapy, is given patients with severe cases of cancer. It is an intense radiation treatment in which high radiation beams are aimed at the cancer from different angles. It is particularly a good option for cases where surgery is not a good option for any reason. Doctors may seem fit to use radiotherapy in cases where the cancers has spread, even to the brain.

These are the common and some of the best lung cancer treatments available in the hospitals nowadays. Researchers and doctors are always at work to find new and advanced methods of curing cancer. The recent development includes the use of stereotactic radiosurgery and radiofrequency for the cases where cancer has not spread too much. Get in touch with your doctor to know a few exercises that helps easy breathing and strengthen chest muscles. 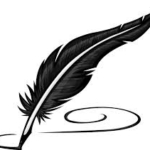